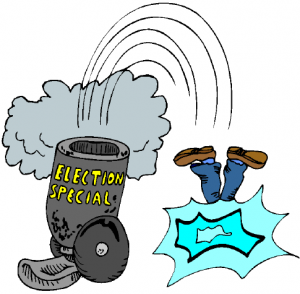 RE: Open letter to members of the Local Authorties Pension Plan (LAPP) on the implications for your pension of electing a government led by Jason Kenney.

With less than one day to go before Albertans head to the polls, I’m writing with an urgent reminder that this election could have serious implications for your pension and your retirement security.

As you know, the Notley government made changes to pension legislation last fall that were designed to protect public-sector pension plans from being gutted by future governments.

The key change, which was fully implemented on March 1 of this year, involved removing the Minister of Finance as the “sole trustee” of the plans and, instead, putting those plans under the direct control of the people who actually pay for them – employees and employers.

This governance model – called Joint Trusteeship – is the model used in every other jurisdiction in Canada, and it makes it more difficult for governments to unilaterally undermine the pensions that workers have paid for, based upon ideology or political whims.

So, winning joint governance for Alberta pension plans was a huge victory for the more than 300,000 Albertans who rely on public-sector plans like the Local Authorities Pension Plan (LAPP), Public Services Pension Plan (PSPP) and the Special Forces Pension Plan (SFPP) for their retirement security.

It must be stated that Kenney is wrong on all the points he makes about public sector pensions plans. He ignores the fact that public-sector workers pay for they’re own pensions; they are not a “gift.” He also ignores the fact that governments DO NOT carry the liability for pensions plans like LAPP and that, in any case, LAPP and Alberta’s other public-sector pension plans are fully funded.

The real difference between public-sector workers and private-sector workers when it comes to pensions is that the former have access to professionally-run plans that allow them to save for their own retirements in a very efficient and economical manner, while the latter are basically left to their own devices (and face higher fees and higher risk). Instead of taking away or weakening solid mechanisms that ensure retirement security for public-sector workers, our governments should be talking about how they can make similar mechanisms available to a broader range of workers in the private sector.

That brings me to our big worry about this election. If elected as Premier, Jason Kenney could act on his prejudices against public-sector pension plans by rescinding or amending the legislation that granted joint governance to Alberta’s public-sector pension plans. He could then make changes to those plans that would undermine the benefits that people enrolled in those plans have paid for, in many cases over decades of their working lives. He could even make changes that undermine the future viability of the plans (by, for example, closing them off to future employees).

I am not writing this letter to pass judgement on other aspects of Jason Kenney’s platform or give advice about who you should vote for. As always, the choice is your. But, given the high stakes involved in terms of the future retirement security of literally hundreds of thousands of Albertans, I felt compelled to inform you of the risks. Please use this information as you see fit.