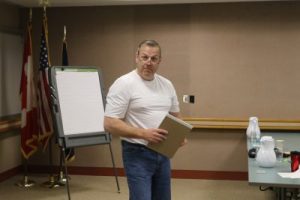 The IAM will need to engage its membership to the fullest if it intends to preserve what we have, in the wake of the populist wave rolling across Canada.  Nowhere was this more evident than in the recent provincial election in Alberta.  “The issues drove the voters to the polls and they were driven by social media,” explained IAM District Lodge 14 Directing Business Representative Kevin Clark.  “There are no checks and balances with accuracy on social media and the voters bought the rhetoric of the United Conservative Party.  Premier Elect Jason Kenny blamed the job losses in the energy sector on the NDP government but the truth is, oil production rose with 30 per cent fewer workers.”